Tag Archives for " the Ethiopian eunuch " 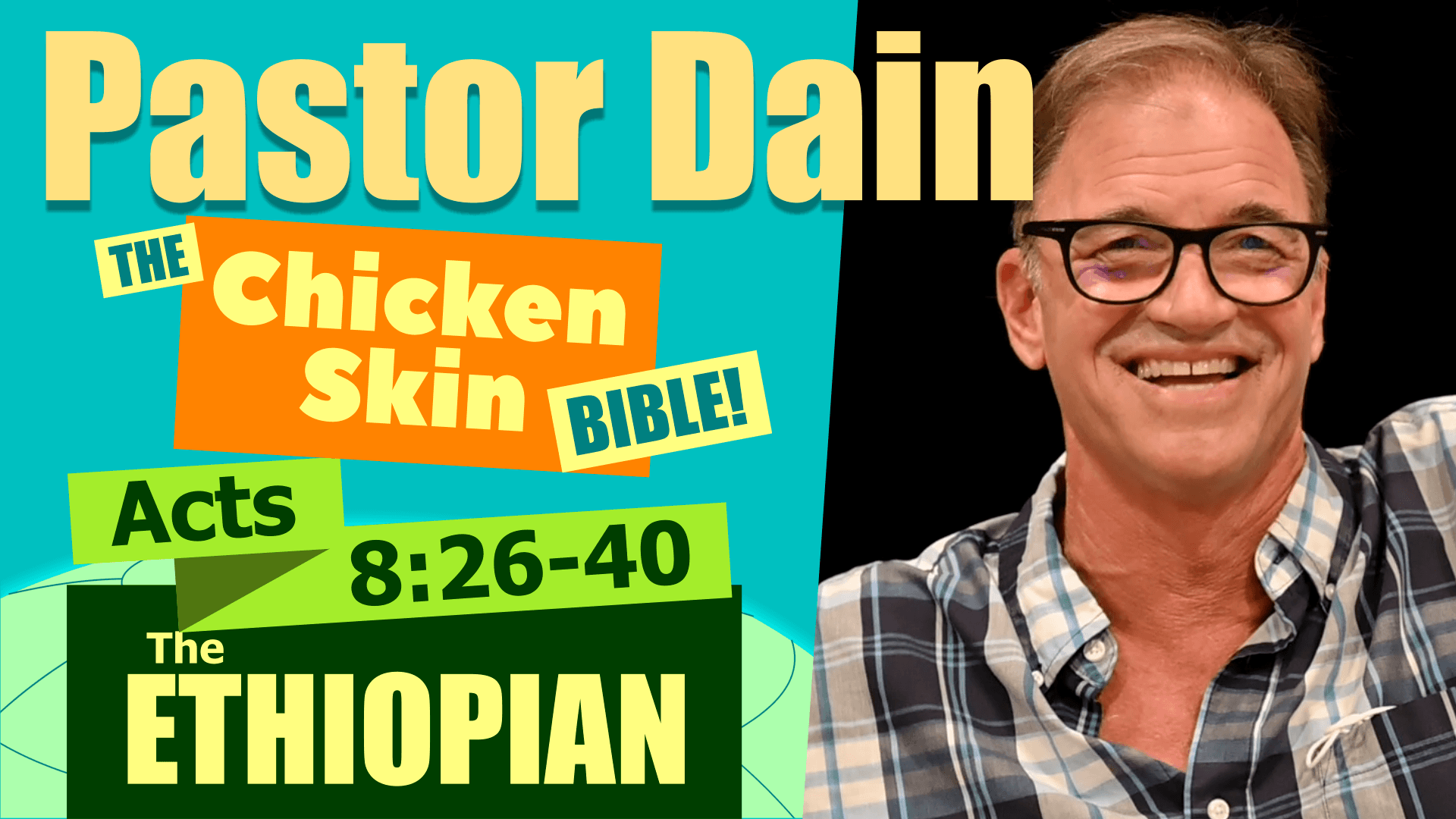 This time, Pastor Dain Spore takes us through the story of Phillip leading the Ethiopian eunuch to the Lord. It may have been that same man who, having returned to Ethiopia, began the spread of Christianity there, the predominant faith there still today!

During this Bible study, Dain was asked several questions. One was about the eunuch's faith (was he a Jew?) and another about baptism. Dain has added these thoughts to his answers:

Was the Ethiopian eunuch a Jew? He was most likely a proselyte as described below.

From The International Standard Bible Encyclopedia:

The Ethiopian Eunuch: Being a eunuch, he was not in the full Jewish communion but had gone up to Jerusalem to to worship probably as a proselyte at the gate.

Proselyte: A gentile who has been converted to Judaism. No difficulties were put in the way of those strangers who wished to settle down in the old of Israel. All strangers, the third generation of Egyptians and Edomites included, and only Ammonites and Moabites excluded, could enter 'the congregation of God' without circumcision and without the obligation to keep the ceremonial law. The 'stranger within the gate' was free to eat meat which was prohibited to the Israelite. If, however, the stranger wished to take part in the Passover, a feast permeated with national ideals, he must be circumcised. The keeping of the Sabbath, and other feasts was regarded rather as a privilege than as a duty.

Pre-Christian Baptism for Jews and Proselytes: The Mosaic regulations required the bath of the whole body for certain uncleannesses (from Leviticus 15:16). After showing that the Greek word 'baptizo' always refers to full immersion, Mark 7:4 reveals that anyone coming from the marketplace (where there would be dead animals) would have to undergo full baptizo. Long before Christianity developed the idea of baptism, Jews had been practicing ritual immersion in the form of entering into a mikveh, immersing oneself and then emerging from that purified.